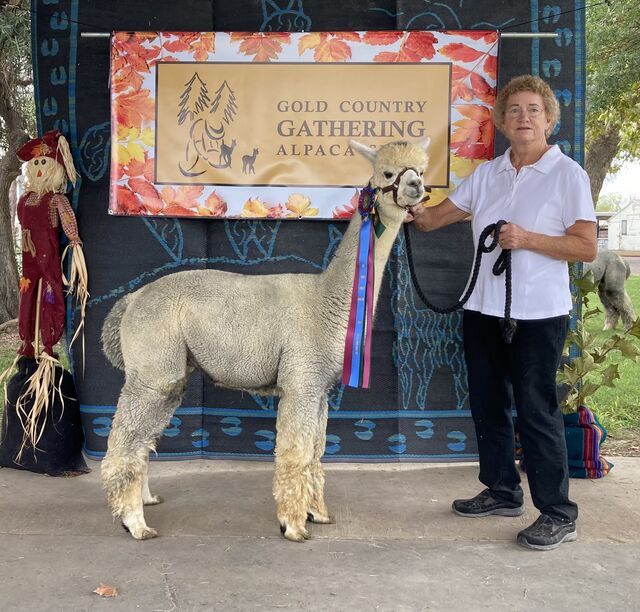 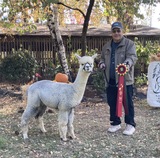 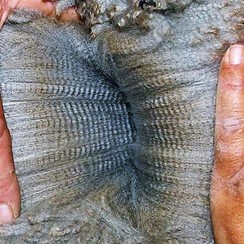 Both of Leo's parents are multi-Champions with excellent fleece stats including lingering fineness, nice uniformity and excellent density. So he has lots of potential! At birth, his fleece was very soft and curly. But after cria shearing, he left with his dam to head north for breeding. So unfortunately we had to wait till the following spring to see how it's growing out. The good news is that on arrival he almost immediately became best buds with one of their recently born cria. So we were sure he was in good hands!

Fast forward to six months of age after returning from Washington with mom. I took a look at his fleece one day and WOWZA! The pix here don't do him justice: he's extremely bright and fine with excellent density. It's too bad COVID 19 prevented us from showing him this spring. But he'll definitely be in the ring come fall!

At the CA Classic 2022, Leo was awarded First Place for his density, organization and uniformity. Judge Laurel Shouvlin also noted how close the primary and secondary fiber microns were. In Walking Fleece, Judge David Barboza noted his soft hand, uniformity, dense bundling and brightness which earned him fourth place (of 8) in a very competitive class.

In the Walking Fleece show at the 2022 Gold Country Gathering Judge Dianna Timmerman noted his fineness, uniformity across the blanket,
staple length and character. She awarded him first place (72.5 points) and Color Champion. 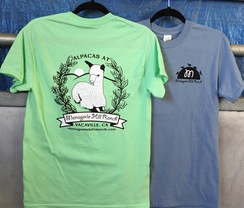 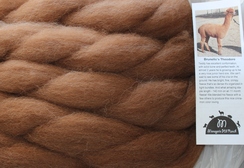 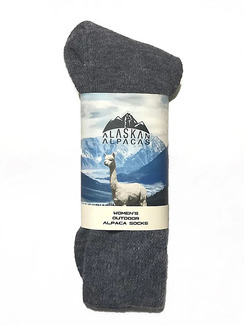 Outdoor Alpaca Socks by Alaskan Alpacas
Give Your Feet The Royal Treatment!
$20.50 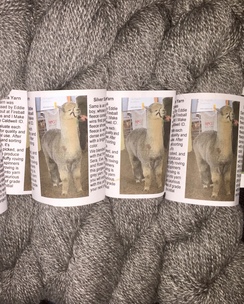